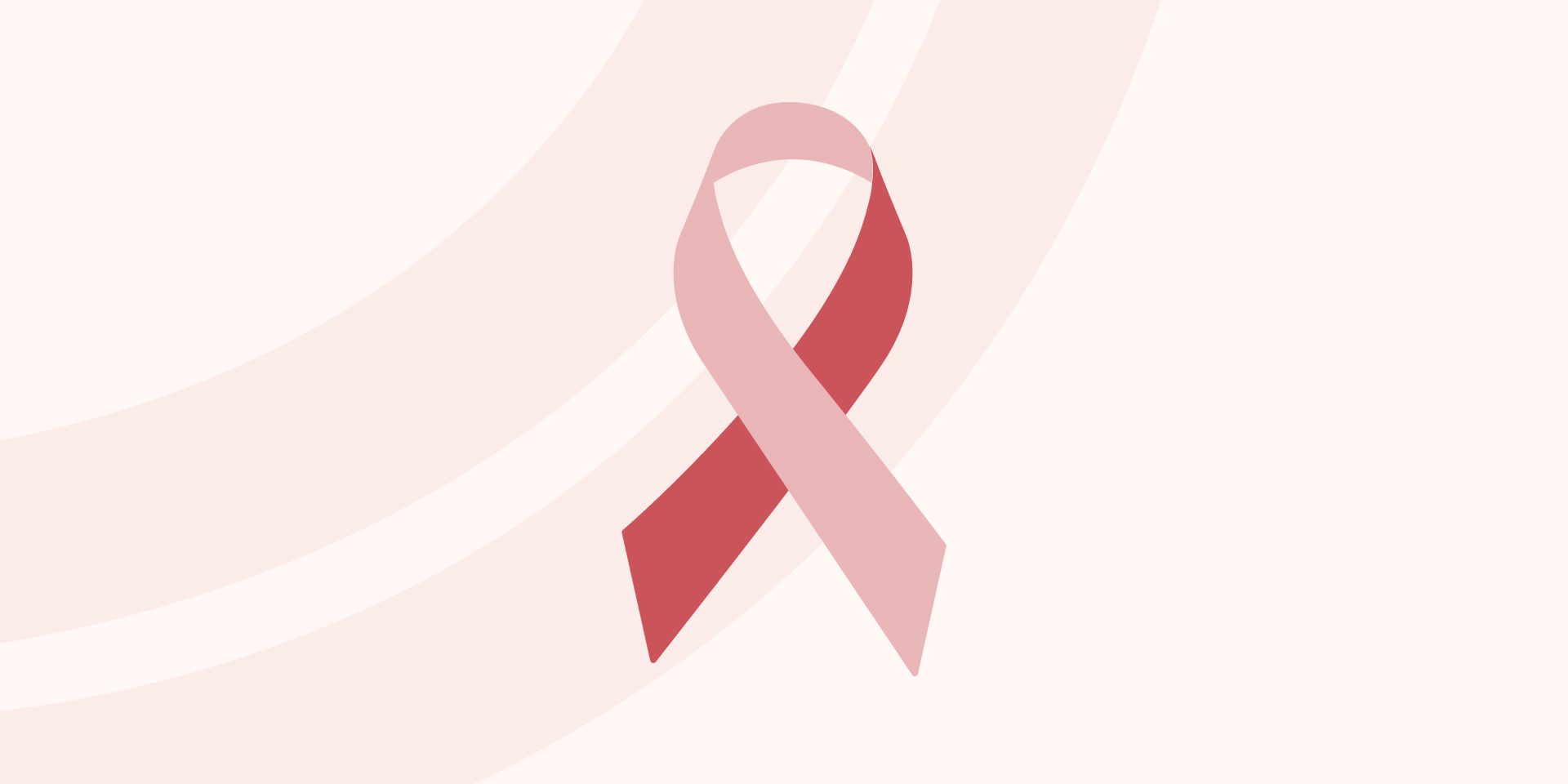 “Everyone has a plan until they get punched in the mouth.”  Mike Tyson, former heavy-weight champion of the world.

We know from talking with our Mission Lane card members, who generously share their stories about the financial problems they’ve faced, that, like anybody, they’ve spent most of their lives paying bills on time, making mortgage payments, building their credit and handling their expenses without any problems.

The day-to-day management of money is not the issue. For many people, it’s dealing with the challenges and struggles that arise when faced with sudden and unexpected expenses.

We noticed common threads. Many people begin struggling with money when: (1) they experience a medical emergency, (2) they go through a divorce, and/or (3) they unexpectedly lose their job.

Before she ran into financial trouble, Mission Lane member Annie worked hard, had a good job, and stayed on top of her bills.

“I was working full time for the county Department of Social Services as a case manager for Medicaid and food stamp clients. It was a steady job with a steady paycheck,” Annie told us.

She was also a dedicated mother who volunteered at her daughter’s school.

Everything was going well until Annie was diagnosed with breast cancer and suddenly her life became much more complicated. After undergoing a double mastectomy, Annie began chemotherapy.

“Being Sick is a Full-Time Job”

“Every time I turned around, there was another appointment to see this doctor or that doctor. To get bloodwork done. Another surgery to implant the port for the chemotherapy. It was endless. Being sick is a full-time job.”

She kept a brave face for her daughter’s sake but admits one of the harder moments was when her daughter saw her with a bald head for the first time.

“It was after the second chemo treatment and I’d gone to my hairdresser to see if they could salvage anything of my hair. I decided to get ahead of the hair loss and just shave it off.”

Annie says at first her daughter was upset to see her without hair, “until she realized she could write on Mama’s bald head.” She laughs as she remembers how her daughter used markers to write messages and draw pictures on her hairless scalp. “She had a blank canvas to work with,” Annie chuckles. “But that’s how we dealt with it all - we tried to keep a sense of humor and made jokes.”

While Annie’s health insurance helped to pay her medical bills, she missed so much work going to appointments and recovering from her surgeries that her income dropped.

“Once you use up your sick and vacation time, you have to start taking leave without pay which meant my checks were always short.”

Annie was facing a common problem for people experiencing a medical crisis: What happens when you can’t work while going through treatment?  How are your insurance benefits affected? What happens to your income? Every workplace is different when it comes to a company’s policies regarding health insurance, sick leave and paid time off. There is no one-size-fits-all standard.

Annie’s company allowed her coworkers to donate some of their own vacation time and sick days to her, for which she was deeply grateful. But she told them, “Don’t give all your vacation days to me, you never know what's going to happen in your own life. You might need them.”

Battling cancer and undergoing chemotherapy was stressful enough, but Annie suddenly found herself in a situation where she had to manage the same expenses with much less money.

“I tried to ration out everything. And it became difficult to the point to where I was making, you know, not even minimum payments on my credit cards. After explaining myself and sounding pitiful with my cancer story, a few companies tried to work with me….for a while.”

Some companies were willing to put Annie on a payment plan and keep her account active, but most simply deactivated her card.

As someone who always took pride in paying her debts and managing her finances, it was painful to find herself in a situation where she couldn’t keep up with her bills and had to beg her creditors for more time.

“Struggling to make some of those payments was one of the hardest things I ever had to do…yes, even harder than chemo.”

Annie’s challenges became even more difficult. While still battling cancer, she and her husband went through a divorce and she became a single mother.

"Made It Through on Prayer and Perseverance"

Annie now had to manage her medical, financial and personal problems all at the same time and quickly became overwhelmed by the struggle.

She says she needed something larger than herself to hold onto and leaned into her faith.

“I just trusted God. Press forward. Okay, one day at a time. That was all I could do. There were days when I was so tired. I used to tell people at work and my family, ‘I don't feel well eight days a week.’ But I had to press on, and I made it through on prayer and perseverance.”

Regardless of what was happening in her life, Annie never questioned that she would pay off all of her debts, “They were my debts. I never considered not paying them. But it was stressful, going through chemo, all these surgeries, the double mastectomy, plus the pressure of not being able to pay your bills — it was insane.”

"Cancer was out of my Control"

Today, Annie’s cancer prognosis is positive, and her doctors are optimistic. After four years, Annie says her latest tests show “there are no signs of cancer”.

Though she’s worked hard to heal in many ways, Annie admits that healing the emotional and psychological toll from her financial crisis is an on-going process. She tries to be patient.

“I cannot express or explain what it’s like to have to call an institution, tell them your story and wonder if they believe you. Like ‘does this person on the other end of the phone even believe I have cancer, or do they think I’m making it up?’ It was hard. It was embarrassing. But cancer was out of my control.”

Annie talks about how difficult it is to forgive herself for the missteps she says she made, like taking out a personal loan to try to keep ahead of her bills, “which is nothing more than stealing from Peter to pay Paul,” she says. Or taking a loan against her 401K, which will take time to pay back. “I felt like I was too old to make those mistakes.”

"Self-care is a Work in Progress"

Annie recognizes that part of the problem was that growing up in the 70s and 80s, she didn’t have access to financial education.

“I grew up on a tobacco farm in eastern North Carolina. Nobody talked about money. We didn’t learn how to handle money, or credit, there were no financial classes. That's not something parents down there were concerned with. We were concerned about getting the crop in on time.”

When Annie got to college, she quickly found herself in over her head when dealing with things like credit.

“I went to college in July of 1987, and back then credit card companies were just like flies to honey on college campuses. They were everywhere, trying to give students credit cards, and that’s how I learned about credit card debt in my freshman year in college. I didn't understand it at all. I didn't know how to handle it.”

“My daughter has had personal finance classes in school — but she’s a different generation. I wish I’d been able to learn those lessons earlier, and not the hard way.”

Nevertheless, she tries to practice self-compassion. “Self-care is a work in progress. Recovery is a process.”

“Before this happened I was always able to pay my bills and I never thought that anything like this could happen to me. But now I realize why couldn’t it happen to me? Why not me? I’m no better than anybody else.”

Annie had always been able to stay on top of her debt as long as things were going well, but she never had a plan in place to handle the unexpected.

An emergency fund is always a good idea, but it’s also important to recognize that few are in a position to save hundreds of thousands of dollars earmarked for a medical crisis or other disaster. Knowing that you’re doing what you can with what resources are available can go a long way when dealing with feelings of helplessness or loss of control.

“As far as my finances, I learned that I had to slow my roll. I’ve had credit cards since I was a freshman in college. And I don't want to sound foolish at this age, but I didn't realize that I had more credit card debt than I knew how to handle.”

“I learned a valuable lesson. I don’t overextend myself. I still have credit cards available to me for when I need them, but I use cash when I can, because I don't ever want to be in a position again where someone else — or an institution — can define me or has so much power over my future.”

Annie offers the same advice to others: “Just because you have $10,000 in credit doesn’t mean you have to take it up to $9,950. It’s hard to pay off, especially if you come up against an unexpected situation.”

The year 2021 was the first time in four years Annie didn’t need a surgery. Though she’s still making payments to the hospital that treated her, she’s happy to report that to date, her credit score is in the “very good” range. She credits her relationship with Mission Lane.

“Mission Lane must have seen my potential, because they offered me an opportunity and took a chance on me when others wouldn’t, and I’m grateful for that. I’m in a better place than before the chemo,” she says. “When someone gives you a second chance, you do your best to try and make better choices.”

Though this was an extremely challenging time for Annie, she says her experience has given her a greater appreciation for her own life.

“At some point, I do want to get another job. But when you've been diagnosed with cancer, you realize, hey, life is short. Enjoy it!”